Who Gets to Define History?

Having dinner recently with friends who had just visited Berlin, we were again confronted with the question of who is allowed to define history. (Rudi blogged about this recently)

They toured the Checkpoint Charlie Museum (despite being “hokey, they recommend it) and then attended a light show in the evening on the steps of the Reichstag- the German parliament. It was the lawmaking, democratically elected body until Hitler rose to power, seized control and arrested and jailed opposition party members. 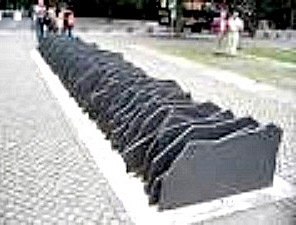 Our friends saw a memorial at the Reichstag to 96 members of that German parliament who died of other than natural causes between 1933-1945, many of them in Nazi concentration camps as political prisoners.

What horrified them was the dawning realization that during the presentation about the glorious German history, there was no mention of the murder of six million Jews.

The show makes one reference to Hitler and the Nazis, called it the “darkest time” in Germany’s history. Produced by the Germany government, the documentary chronicles how Germany survived the Nazis, the Russians, the Berlin Wall and revived its true roots.

It’s in German and, at least the night our friends were there, is attended by many young Germans. Maybe soon, they and their children will completely expunge the Holocaust from their history.