Yesterday, blog readers met Wolfgang and Susan, two retirees who had information about secret supplies of medical material. They decided it was their civic duty to find the Strategic National Stockpile, which was needed to fight the pandemic in their county.

Susan went to bed knowing that Wolfgang wouldn’t give up on his determination to find the Strategic National Stockpile. In fact, she was almost as committed to the plan as he was. Each day they saw pictures of nurses making their own masks, health workers protesting in front of hospitals about the lack of protective gear, governors complaining about the lack of support from the White House. Something had to be done.

In the middle of the night, Susan woke to hear Wolfgang yelling, “Wait, it’s the Push Pack, I have to find it.” When she shook him awake, they looked at each other. “That’s it. That’s what it’s called. The state or county asks the Feds for the Push Pack and then they pick it up and take it to a secret location to be disbursed to health care providers and emergency responders,” Wolfgang said. “I know where that secret location is.”

In the morning, they drank their coffee while talking over the details of what they would do. “No one will notice two old people wandering around, apparently taking a walk,” said Susan. “Old people are invisible. No one cares about what they do.”
Their plan was to drive to the nearby airport wearing walking shoes, carrying a walking stick and water bottles. They would amble along relatively slowly, making it look like that slow pace was normal for them.

“Our goal isn’t to disrupt anything,” Susan said sternly. “I’m not going with you unless you agree that all we’re doing is reconnaissance. We just want to see if anything unusual is going on there.” She looked at him and Wolfgang nodded.
“Right. We’re just going to see if there are armed law enforcement people where there usually aren’t any or strange vehicles or whatever.”

They decided to go around lunchtime, when there might be other residents out on the street taking strolls. They would try to blend into the neighborhood.

They parked on a side street not too far from the facility and began walking around the perimeter, outside the fence. “Nothing much has changed here in the last decade,” said Wolfgang, pointing at the various buildings he remembered.

When they reached the point where they could see the building where the stockpile would have been stored, Wolfgang bent over to tie his shoe, glancing around intently. He pulled a pair of binoculars out of his pocket.

“What the hell are you doing?” Susan said, alarmed at the thought that two old people taking a stroll might stand out from the ordinary if they suddenly began starting intently at something on the other side of a chain link fence.

“Look at that amazing hawk,” Wolfgang said, pointing up in the air, “See, look at it soaring. Isn’t it something. I think it’s a Cooper’s Hawk.”

Susan didn’t think Wolfgang even knew what a Cooper’s hawk looked like and she was quite sure he didn’t care.

“What else do you see?” she whispered, feeling like a throw back to her childhood when she and her friends used to play Nancy Drew. 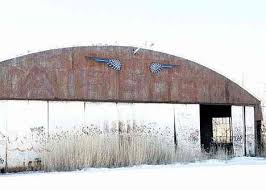 “Something is definitely off here. There are weeds growing around the storage facility. Not only is there no law enforcement, but it looks like the building hasn’t been used in years. I’d say the Stockpile isn’t anywhere near here. Let’s go.” He shook his head and his shoulders sagged. “I thought we’d see something dramatic,” he said under his breath.

They didn’t’ say much on their way home. They seemed to have come to a complete dead end. But where was the critically needed equipment? And if they couldn’t find it in their own county when they had written and practiced the plan for using it, where was it in other counties and in other states? Why hadn’t it been released to help deal with the pandemic?

A few days went by and then Susan said, “I think we need to go back to Lee and ask some pointed questions. There must be more to the story. The plan involved hundreds of pallets of equipment and supplies. They couldn’t have just vanished.” Lee was a family friend who had hired Wolfgang to work on a plan for ordering, retrieving, storing and disbursing the SNS. She worked for the federal government. They had asked her before their search for information. She had been unusually mum.

Susan tried to decide if she should call or email Lee. Finally, she decided to email her at her private email address. “Wolfgang is intent on finding the SNS. We tried today and came up with nothing. What do you think,” Susan wrote, figuring that Lee might worry about their safety.

She was right. The response came back almost instantly. “Stop looking. Really. There’s no point. It’s complicated. You should stay out of it.”

They felt that their hands were tied. Which didn’t keep them from speculating. Was the SNS hidden away in a federal storage facility, perhaps awaiting an even worse outbreak? Had it been given away to a foreign power in exchange for something unknown?

Dear blog readers: Hope you’ve enjoyed our little flight of fancy. Feel free to suggest what you think happened and whether you think Wolfgang and Susan should stay out of it. Rudi and Julie are going back to writing about more mundane things: the pandemic and its impact on their friends and family.