Young People Must Get Information 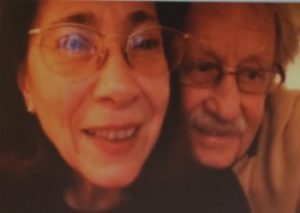 We have a German editor who is working with Rudi to bring Stumbling Stone to Germany.  Expressing concern about the right wing rising across Europe, Isolde Haug-Schoenhaar says:

“The translation of Stumbling Stone is very important and absolutely necessary because young people in Germany must get educated and get first-hand information about the ‘darkest times’ in German history. Your project is outstanding, unique and precious, and everybody in Germany should be proud to support it.”

After the results of the November 8 election here in the USA, we know that what she says is not just about Europe. Let’s hope Americans can learn from those times as well.

It’s Harder than it Sounds

Recently we told you Rudi was hard at work transforming our novel Stumbling Stone into Der Stolperstein – the German version. He’s now completed Part I, which describes how Jewish reporter Sarah Stern meets German-born California cop Karl Schmidt and tries to overcome her aversion to his family history. He’s also “finished” with Part II, in which Karl and Sarah confront Karl’s father, who was a high-ranking Nazi during World War II. They travel through Germany trying to find the answer to what the Schmidt family really did during the war. 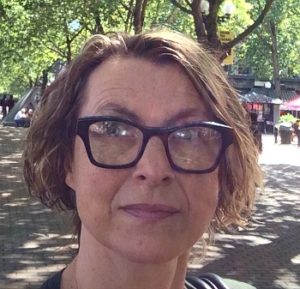 Sylvia Borchert is helping to make the manuscript “shipshape”

Battling an old German keyboard, Rudi is having to go back to each chapter he’s translated to corrected typos and other obvious errors. And then the fun begins. First our friend Sylvia Borchert is vetting his translation and it’s been entertaining to see how German has changed since Rudi left in the 1960s. Casting about for a word to describe a singles bar – where Karl and Sarah met – he settled on “Ledige” – meaning unmarried. Sylvia substituted…..singles. (She’s younger than Rudi and left Germany after Rudi did – in 1989 just before the fall of the Berlin Wall). We met her 15 years ago through a project called Acts of Reconciliation, aimed at bringing Germans and Jews together. When she’s not helping to get our manuscript shaped up, Sylvia is one half of the ShipShape – business that helps people organize their lives and spaces.

After Sylvia, the chapters go to Isolde Haug-Schoenhaar, who was born in 1954 in Stuttgart, Germany, and now lives in Esslingen. Iso worked for 15 years as an Associated Press (AP) correspondent in her hometown, covering major political and economic headline stories.

Stuttgart is not only company headquarters of Daimler-Benz, Porsche and Bosch, but also base of the high-security prison Stammheim, where the leading members of the terrorist Baader-Meinhof-Gang (the so-called Red Army Fraction RAF) were imprisoned after having been convicted at sensational trials she covered for AP. She says her most unforgettable assignment during her journalistic efforts was the fall of the Berlin wall in November 1989. Currently, Iso is volunteering with refugees from Syria, Afghanistan, Iran and Iraq. 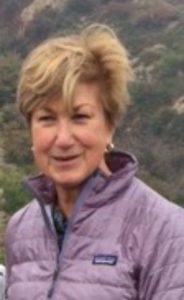 Ingrid Mueller will do the final manuscript check

Iso is married to Harald Schoenhaar, former Olympic coach of the US ski team. His uncle Eugen and cousin Carlo were both Socialists and both were murdered by the Nazis. Harald’s aunt Clodette survived the war as an active member of the French Resistance. All three have had commemorative stumbling stones installed in Esslingen. Iso, Harald and their son spend a couple of weeks each year in the U.S. and call Park City, Utah, their second home.

When we’re almost ready to go to press, our good friend and former German teacher Ingrid Mueller will look for errors and omissions. She lives in California and was born in Germany.